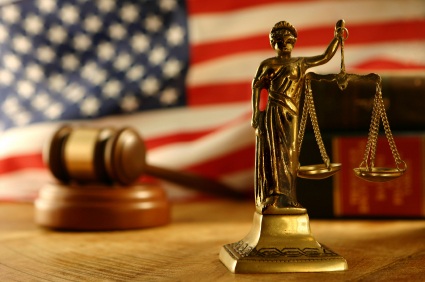 “Juvenile justice” is an umbrella term for the special procedures set up by every state to deal with young people whose cases belong in juvenile court.  Juvenile courts handle most of the cases in which young people (usually called “juveniles” or “minors”) are accused of committing crimes.  The treatment of juveniles differs from state to state.

The courts get involved with juveniles when they commit what would be a crime if it were committed by an adult, commit an offense such as truancy or disobedience of a parent that isn’t a crime unless you are a child, or are abused or neglected by their parents.

The following is a brief overview of juvenile cases in the court system:

A prosecutor or a juvenile court “intake” officer (often a probation officer) decides whether to dismiss the matter, handle the matter informally, or "petition” the matter (file formal charges).

In some localities, the probation officer makes only a preliminary assessment of whether to file formal charges, and leaves the final decision to a prosecutor.

A decision to proceed informally often results in the minor’s having to appear before a probation officer or a judge.  The minor may receive a stern lecture, and may also be required to attend counseling sessions or after-school classes, repay the victim for damaged property or pay a fine, perform community service work or go on probation.  If the intake officer suspects that a minor taken into custody has been abused or neglected, proceedings to remove the minor from the custody of parents or guardians may also be started.

If the decision is to proceed formally, the intake officer or prosecutor files a petition and the case is placed on the juvenile court’s calendar.  The minor is arraigned (formally charged) before a juvenile court judge or referee.  At this point, the juvenile court either takes jurisdiction of the case or waives (transfers) the case to adult criminal court.

If the minor is a juvenile but the crime or the juvenile’s personal characteristics indicate that the case should be handled in adult court, there will be a “transfer” or “fitness” hearing and evidence is presented and the judge decides whether the case should stay in juvenile court or go to adult court.  In some jurisdictions, the prosecutor may file charges directly in adult court and the child may be able to challenge that decision and ask for a “reverse transfer” or “fitness hearing” and the judge conducts a “transfer hearing” to determine whether the minor should be tried as an adult or juvenile.

If the case remains in juvenile court, the minor either enters into a plea agreement or faces trial (often called an “adjudication”).

If, after trial, the juvenile court judge “sustains the petition” (concludes that the charges are true), the judge decides on an appropriate sentence (usually referred to as a disposition).

Post-disposition hearings may occur.  For example, a judge’s disposition order may require a minor to appear in court periodically so that the judge can monitor the minor’s behavior.

See our profiles at Lawyers.com and Martindale.com