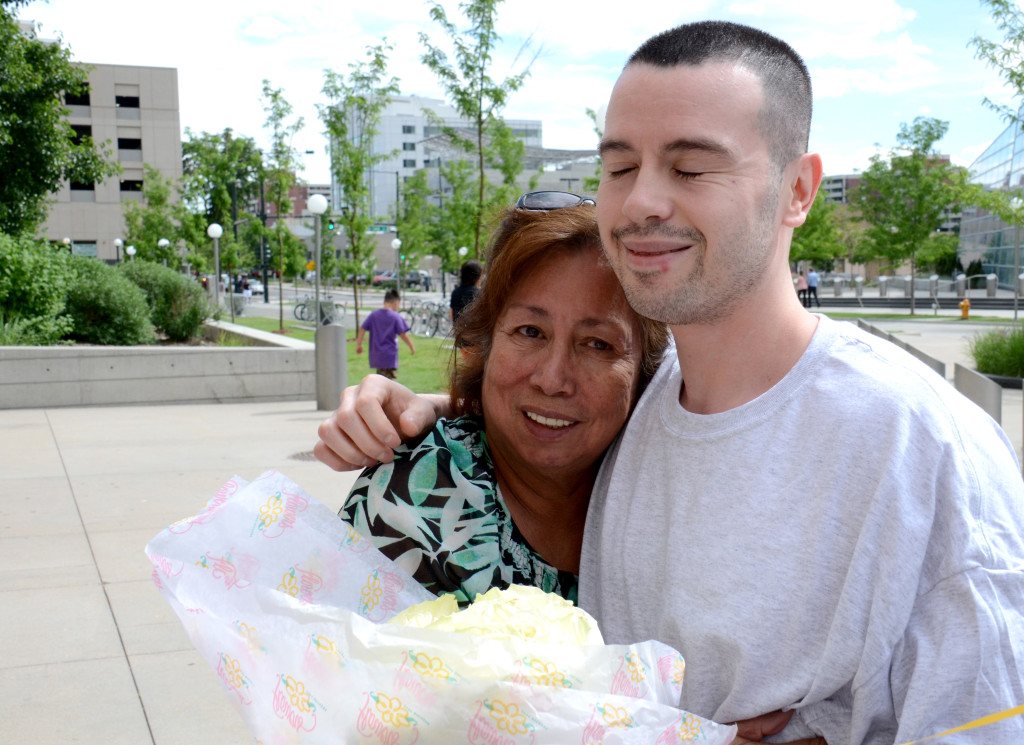 7 News DENVER – After 13 years, a man previously convicted of murder as a teenager had his charge changed and was released from prison Monday.

Lorenzo Montoya was originally convicted of the first-degree murder of teacher Emily Johnson in 2000, when he was 15-years-old. Lynn Kimbrough, spokeswoman for the Denver District Attorney’s Office, said Montoya returned to court for a motion that he had ineffective council at the time of his trial.

Montoya, now 29, is now represented by lawyers from the Center for Juvenile Justice, a non-profit organization. According to that group, their argument also presented new DNA evidence that showed Montoya did not commit the murder.

“In lieu of a hearing on Mr. Montoya’s claims or a new trial, the Denver District Attorney offered to dismiss all of the charges against Mr. Montoya and release him immediately in exchange for a guilty plea to accessory after the fact,” Center for Juvenile Justice wrote in a statement.

Johnson’s family also said that if she was still alive, she would want to give Montoya a second chance.

The court accepted the plea deal under which Montoya admitted to being guilty as an accessory to the murder and was sentenced to 10 years.

“The factual basis for this plea is that Mr. Montoya rode in a car stolen from the victim and did not reveal what he heard about the murder,” Center for Juvenile Justice wrote.

Montoya was given credit for over 13-years served under the original sentence and records show he was released in Denver Monday.

The Center for Juvenile Justice wrote they hope a full investigation into the case will someday exonerate Montoya of any wrongdoing.

“Based off the DNA you presented, an innocent man was spending more than a decade in prison?” asked 7NEWS reporter Marc Stewart.

“That’s our opinion and that’s what I would stand by, 100 percent without a doubt,” said Montoya’s attorney Lisa Polansky.

The turnaround occurred after Polansky, a youth advocate and attorney, learned of flaws during the initial trial.

She took on the case for free and presented her findings to the Denver District Attorney.

“How is your client doing?” asked Stewart. “I think it was a combination of a little bit of shock, a little bit of fear and honestly, a tender, tender heart,” said Polansky.

As part of the agreement, Montoya still has a felony on his record, accessory after the fact of the crime.

Yet those close to him feel his future is full of possibilities.

By polansky | Published June 17, 2014 | Posted in Uncategorized | Comments Off on LORENZO MONTOYA, CONVICTED OF MURDER AT AGE 15, RELEASED AFTER LEGAL CHALLENGE