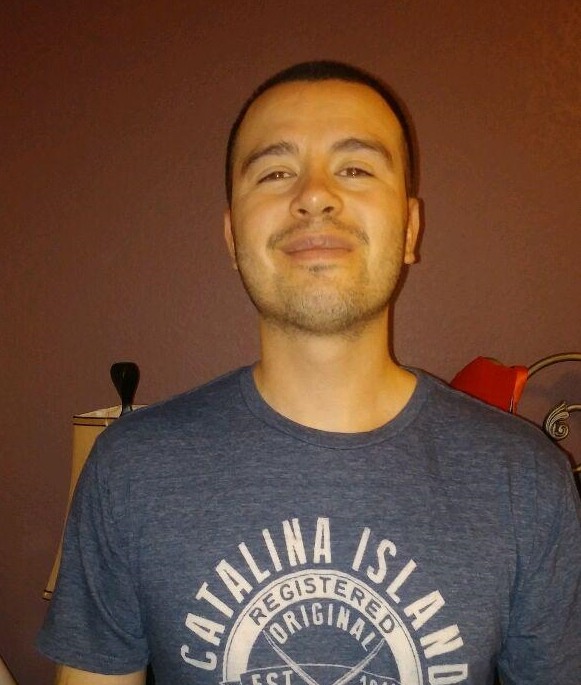 At 8 a.m. on New Year’s Day, 2000, 29-year-old Emily Johnson, a special-education teacher and girls’ basketball coach, was found severely beaten on the patio of her home in Denver, Colorado. Her newly purchased Lexus was missing, as were the keys to the vehicle. Johnson died 36 hours later.

A blood trail suggested to police that Johnson had been attacked in the garage and then dragged to the patio where she was kicked and struck on the head with a rock. At first, police suspected Johnson’s boyfriend, who was found in bed inside the home, naked and with blood on his hands. The boyfriend denied having anything to do with the crime, although he said that if he hurt Johnson, he did not remember doing so. He told police, “There may have been someone else inside me.”

Later that day, the Lexus was found crashed and abandoned in Denver. Several days later, a witness called police and reported seeing the car involved in an accident. The witness said two youths fled from the car.

All three were prosecuted as adults and charged with first-degree murder, aggravated robbery, first-degree burglary and aggravated motor vehicle theft. Police said that Montoya gave a video-taped confession. The video showed that Montoya’s mother was present for the initial questioning—about 40 minutes—but that she then left.

For the next 90 minutes, detectives interrogated Montoya vigorously, pounding the table, shouting and threatening him with life in prison without parole. Montoya denied being involved more than 60 times before he finally relented under the pressure and admitted he and the Martinez cousins were involved. In the statement, Montoya described how they went to the home to steal Johnson’s car. He made some mistakes—such as saying they entered through the front door instead of the back door—but when police asked if he was positive, he changed his statement.

Prior to trial, the 90-minute segment of Montoya’s interrogation that occurred after his mother left the station was suppressed. Because Montoya was only 14 at the time, a judge ruled that a written waiver from a parent was required for the police to interrogate him without a parent present. Montoya’s mother had not signed a written waiver and although the prosecution said she had given verbal consent, the judge ruled that a verbal waiver was insufficient.

The prosecution offered Montoya a deal to plead guilty to lesser charges and receive a six-year sentence in return for his testimony against the Martinez cousins, but he refused the offer.

Montoya went on trial in Denver County District Court in October 2000. By that time the charges against Lloyd Martinez had been dropped due to a lack of evidence, and the case against Nicholas Martinez had been severed for a separate trial.

The prosecution presented a witness who claimed to be a former cellmate of Montoya’s. The witness testified that Montoya told him that he and the Martinez cousins pulled a gun on Johnson and hit her with the butt of the pistol when she refused to turn over the keys to her car. The witness, who was 16 at the time, testified that Montoya also claimed that one of the cousins poured lighter fluid all over because he wanted to set the home ablaze to destroy evidence. The witness further testified that no fire was ultimately lit, but Montoya did go to the front of the house and vomit at the end of the murder.

The defense presented evidence that the youth never shared a cell with Montoya at any time, that no evidence of lighter fluid or a gun was ever found, and contended that his testimony was fabricated. The defense also presented alibi witnesses who testified that they were watching movies with Montoya and his girlfriend on New Year’s Eve.

On November 3, 2000, the jury acquitted Montoya of first-degree murder, but convicted him of felony murder, first-degree robbery, first-degree burglary and aggravated motor vehicle theft. He was sentenced to life in prison without parole.

Several years later, Montoya’s case was referred to the Northwestern University Law School’s Center on Wrongful Convictions, which conducted some preliminary investigation and referred to the case to the Colorado Law School’s Innocence Project. The case was ultimately referred again to attorney Lisa Polansky at the Center for Juvenile Justice in Denver.

Polansky’s investigator Gina Brovege interviewed Nicholas Martinez in prison who confirmed that the Broncos jacket was his, and that Montoya was not involved in the crime. Martinez told Polansky that after the murder he gave friends from his neighborhood a ride in the vehicle. Montoya was one of the people who accepted a ride.

Polansky also discovered that Montoya had been IQ-tested a year prior to the crime and Montoya recorded a score of 69, which indicates low mental functioning. Montoya’s trial lawyer failed to investigate Montoya’s mental capacity, even though he was a special education student at school.

In June 2013, Polansky filed a state petition for a writ of habeas corpus, seeking to vacate Montoya’s conviction. In December 2013, a judge granted a request for DNA testing on the jacket and the boots. The tests were negative for Montoya’s DNA. The jacket revealed the DNA of Nicholas Martinez and the boots had the DNA of Montoya’s cousin.

On June 16, 2014, the Denver County District Attorney’s Office agreed to vacate Montoya’s convictions and dismiss the charges, in return for a guilty plea to a charge of being an accessory after the murder because Montoya rode in the car stolen from the victim, and did not reveal what he knew about the murder. He was sentenced to 10 years in prison. Because he had already served 13 years in prison, Montoya was released immediately.

By polansky | Published June 19, 2014 | Posted in Uncategorized | Comments Off on LORENZO MONTOYA ADDED TO NATIONAL REGISTRY OF EXONERATIONS